So many Christians today are giving true Christianity a bad public image and dishonoring Christ with their obnoxious behavior. 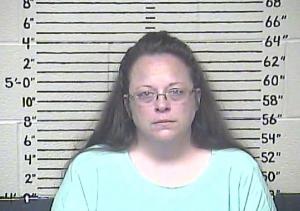 The latest example is Kentucky clerk Kim Davis. She was arrested recently after being found in contempt of court for defying a Supreme Court order to issue marriage licenses to gay couples.

I say, dear Lady, if your job interferes with your religious beliefs, you simply need to resign and find another job. Do not think you are honoring God by going to jail. You’re going to jail for being a law-breaker and a bad example of a Christian. Your brand of Christianity is misguided or illegitimate.

The early Christian church also had members who were giving Christ a bad reputation. Here are a some rebukes addressing these issues:

” For we hear that there are some which walk among you disorderly…” – 2 Thessalonians 3:11

” Let none of you suffer for committing murder, theft, making trouble, or prying into other people’s affairs.” – 1 Peter 4:15

Whether you agree with the morality of certain laws or not, Christians need to respect other people’s right to live as they see fit. We may not agree with homosexuality or same-sex marriage, but it is now the law. And Christians are not called to impose their values on others who believe differently. We are to win people to Christ by our love and good behavior, not by coercion, bullying and meddling.

Let everyone be subject to the governing authorities, for there is no authority except that which God has established. The authorities that exist have been established by God.” – Romans 13:1

I’m sure that, in Kim Davis’ mind, she considers herself to be suffering for doing good. But we pray that her, like so many others like her in the church today, will cease their delusional behavior and evil doing. It is my opinion that they are doing more harm than good for the cause of Christ.

Luis Josephus is founder and director of 4JESUS OUTREACH, a non-sectarian (i.e. non-denominational) outreach dedicated to proclaiming the good news of Jesus Christ. He is also an ordained Christian minister, pastor, and author of several books. For more inspirational messages and biblical resources, visit our website at: www.4JesusOutreach.com 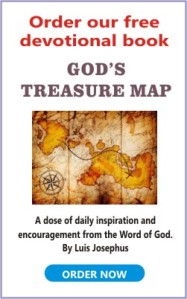